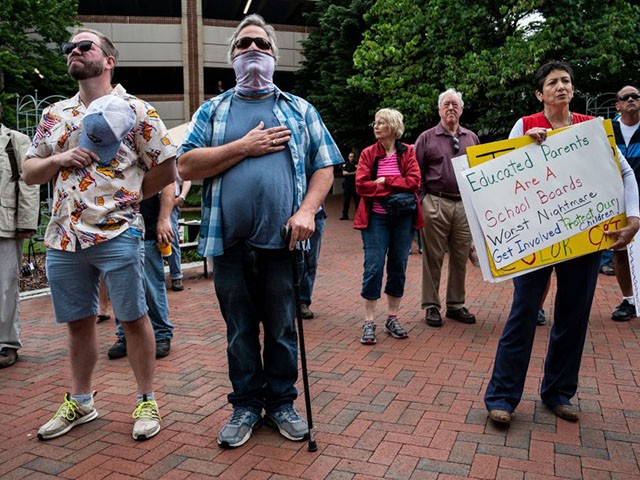 People hold up signs during a rally against “critical race theory” (CRT) being taught in schools at the Loudoun County Government center in Leesburg, Virginia, on June 12, 2021. (Photo by ANDREW CABALLERO-REYNOLDS/AFP via Getty Images) 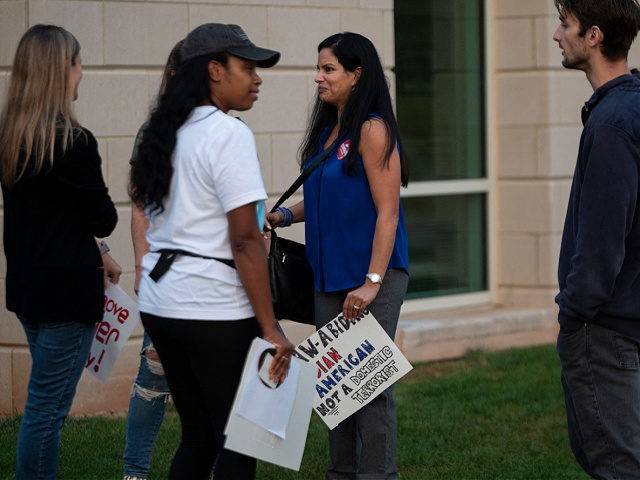 The emails, which were reviewed by the Washington Free Beacon, reveal that Viola Garcia, NSBA’s president, and its CEO Chip Slaven, sent their letter to Biden without the approval of NSBA board members.