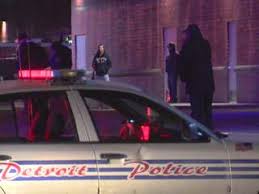 Police sources tell 7 Action News that a women's basketball coach from Martin Luther King, Jr. Senior High School shot two men who attacked him as he was walking two basketball players to their cars in the school parking lot.

Police sources say the coach was walking the two girls to their cars when two men allegedly approached and one pulled out a gun and grabbed him by his chain necklace. The coach then pulled out his gun and shot both of them, according to sources.

The man who shot the attackers was 70 years old, according to police.