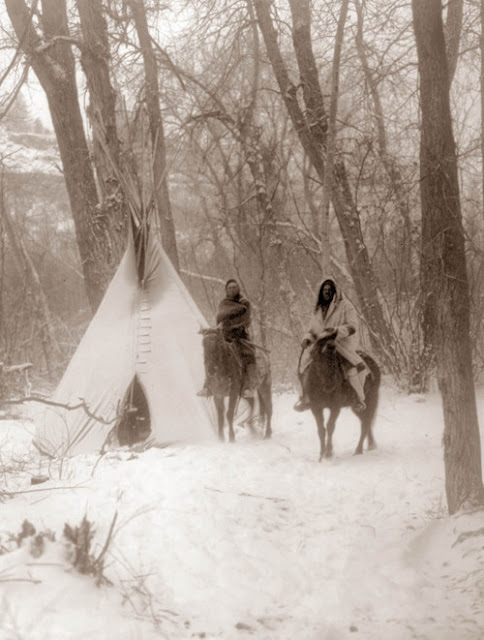 Originally part of the Hidatsa people, they historically lived at the head of the Mississippi River in Northern Wisconsin and Minnesota.  Later the Crow moved to the Dakotas before splitting off from the Hidatsa and moving west to the Yellowstone region.

The Crow men were proud of their long hair, sometimes so long that it drug on the ground.  Oddly, their women wore their hair short.

Today, the vast majority of the Crow live on their reservation in south central Montana, which is the fifth largest in the United States.  85% of them speak their Crow as their first language.
Posted by Brock Townsend at Thursday, March 14, 2013