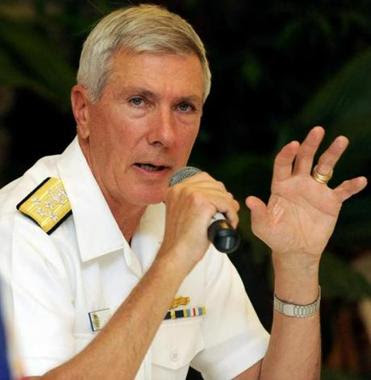 America’s top military officer in charge of monitoring hostile actions by North Korea, escalating tensions between China and Japan, and a spike in computer attacks traced to China provides an unexpected answer when asked what is the biggest long-term security threat in the Pacific region: climate change.

Navy Admiral Samuel J. Locklear III, in an interview at a Cambridge hotel Friday after he met with scholars at Harvard and Tufts universities, said significant upheaval related to the warming planet “is probably the most likely thing that is going to happen . . . that will cripple the security environment, probably more likely than the other scenarios we all often talk about.’’