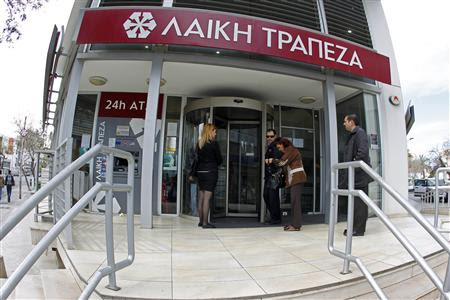 A day after former Cypriot President Vassilou was found to be among many elite Cypriot (politicians and businessmen) who had loans written-off by the major (now insolvent) banks; it appears the rot is far fouler than expected.

In a somewhat stunning (or purely coincidental) revelation, ENETEnglish reports that Cypriot newspaper Haravgi claims that current President Nicos Anastasiades' family businesses transferred 'dozens of millions' from their Laiki Bank accounts to London just a week before the devastating depositor haircuts were unleashed upon his people.

Of course, the denials are loud and Anastasiades has demanded an investigation into the claims; we are sure the government-selected 'independent' committee will be as thorough as the Libor anti-trust investigators. As a reminder, as we noted yesterday, here are Cyprus' gun control laws.