DHS has enough ammunition to supply the US Army for 22 years of intense war. 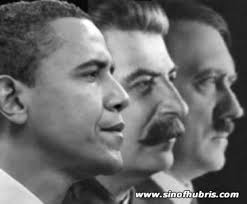 A week ago, I laid out a list of things President Obama has put in place to set the nation up for his hostile military takeover.

After my first post about Obama’s hostile military takeover, I received an email from a reader that offered an explanation to my pondering of why NOAA (National Oceanic and Atmospheric Administration) would also be ordering millions of rounds of ammunition and assault rifles.  He offered the idea that it is an ironic twist to Obama’s relationship with terrorist Bill Ayers.

Ayers was a wanted domestic terrorist back in the 1960s and 1970s.  Ayers was a co-founder of the terrorist group known as the Weather Underground.  Now, Obama is using NOAA, a federal weather agency to stockpile weapons and ammunition for his terrorist assault on the American people.
Today, I would like to add a few more items to that list that makes the case for his hostile military takeover even more compelling.

It has now been confirmed that the goal of the Department of Homeland Security is to purchase a total of 1.6 billion rounds of ammunition.  A portion of that ammunition is hollow point bullets, which have been banned from use in war by international law.  Another portion is specialized sniper ammunition.

In case you have a difficult time comprehending the significance of 1.6 billion rounds of ammunition, allow me to give you a couple of comparisons.  During the height of the war in Iraq, the US Army fired less than 6 million rounds per month.