For the Purposes of the Government, You Are Already Engaged in “Civilian Military Activity” 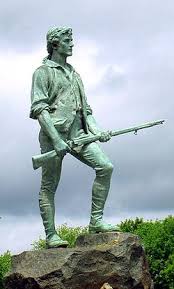 As outlined below, an organization is engaged in “civilian military activity” if they meet any of the following conditions. This definition would apply to any organization that is providing or receiving instructions in the use of firearms or other weapons. Based on the lack of ammunition and firearms in this country, it appears that the government may be correct.

(A) For the purposes of this section:


“Attorney General” means the Attorney General of the United States;
“Organization” means any group, club, league, society, committee, association, political party, or combination of individuals, whether incorporated or otherwise, but such term shall not include any corporation, association, community chest, fund, or foundation, organized and operated exclusively for religious, charitable, scientific, literary, or educational purposes;
“Political activity” means any activity the purpose or aim of which, or one of the purposes or aims of which, is the control by force or overthrow of the Government of the United States or a political subdivision thereof, or any State or political subdivision thereof;
An organization is engaged in “civilian military activity” if: