The End of the Same-Sex Marriage Debate

Here's the graphic that says it all: 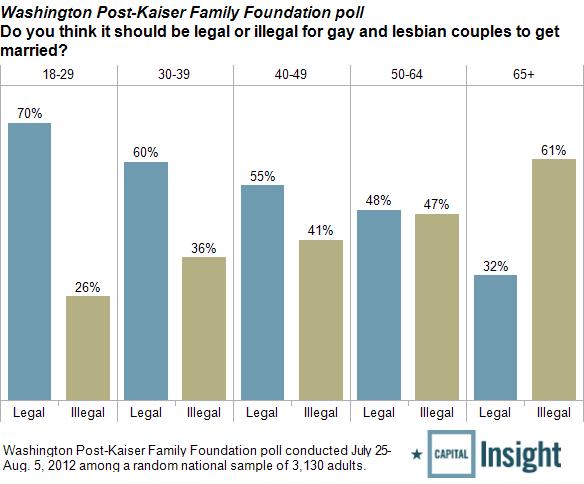 This pic comes from Chris Cillizza's Washington Post 'The FIx' column from yesterday, dealing with Rob Portman's changed stance on gay marriage.  Portman--a fiscal conservative with a long history of being "only loosely concerned with social issues like marriage and abortion"--is about as Establishment Republican as you can get.  With a resume that includes service in the House, not one but two Cabinet posts in the Bush administration and now a Senate seat from Ohio, is it any wonder that his name was always near the top of the lists when Romney's VP choices were bandied about?

Coming hard on the heels of the Supreme Court brief urging the recognition of the Constitutional right to marry by more than 100 big shot Republicans, it seems as though may--I repeat, MAY--be starting to get a clue that this is an issue that's not a winner for them.