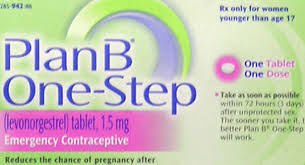 A federal judge ruled Friday that the morning-after pill known as Plan B must be made available over the counter for women of all ages.

The decision on the controversial subject comes after lengthy legal battles over who should have access to the pill and at what age. The Justice Department did not say whether it would appeal.

The Food and Drug Administration had initially decided to allow the emergency pill to be available for young teens. But Health and Human Services Secretary Kathleen Sebelius overruled the FDA in late 2011, and the agency limited availability without a prescription to women 17 and older.

The decision Friday by U.S. District Judge Edward Korman ordered the FDA to make the pill, commonly referred to as the abortion pill, available for all ages. The decision means that unless the FDA appeals and is granted a stay, by this time next month a teenager 16 or under could walk into a local pharmacy and buy the pill off the shelf.