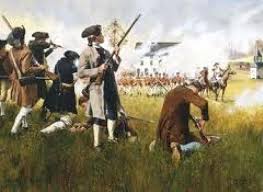 Gun control zealots currently think they are winning. Connecticut has just passed a wildly unconstitutional new gun control law, and it was preceded by New York's similarly-outrageous assault on private gun ownership liberties. Colorado, Maryland and California are all either working on gun control bills or have already passed various measures that are blatantly illegal in America.

What gun grabbers do not yet realize is that there are three powerful reasons why their gun control laws will soon be null and void:


Reason #1) Many laws will be struck down by the U.S. Supreme Court

The U.S. Supreme Court already has a track record of striking down the several key gun control laws that have been put in place by cities or states.

For example, in District of Columbia v Heller, the Supreme Court struck down a D.C. law that criminalized the possession of guns in the home for the purpose of self defense.

In McDonald v. City of Chicago, the Supreme Court further confirmed that the Second Amendment right to "keep and bear arms" is guaranteed to individuals under the Due Process clause of the Fourteenth Amendment. In other words, any law that denies a citizen the right to keep and bear arms is simultaneously a denial of their Fourteenth Amendment rights... and is therefore unconstitutional and illegal in America.

These two landmark decisions, if correctly interpreted by the Supreme Court when challenges rise from recent gun restrictions in New York, Connecticut and elsewhere, will cause those laws to also be struck down as unconstitutional.