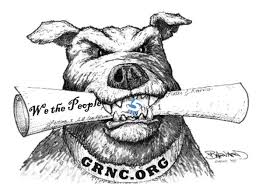 On Wednesday, HB 937, “Amend Various Firearm Laws” which contains; restaurant carry, provisions for guns in locked vehicles on college campuses, carry in assemblies for which admission is charged, and a "cleanup" of parks carry language, passed from the House Judiciary A Subcommittee. It is now calendared for a vote on the House floor on Tuesday, April 30. Attacks by anti-gun leftists, narrowly fended off in the committee, will likely be tried again when the bill hits the floor.

Anti-gun treachery you can expect

Protecting rapists instead of students: Both UNC lobbyist Andrew Moretz and NCSU police chief Jack Moorman testified to the committee in opposition to allowing concealed handgun permit-holders to keep guns on college campuses, but neglected mentioning the high rate of violent crime on those campuses. In fact, Moorman apparently prefers to protect rapists rather than students, since the morning after he testified against self-protection on campuses, a student was dragged into bushes and raped outside the "Free Expression Tunnel." Lest you assume Rep. Bob Steinburg (R-Camden, Chowan, Currituck, Pasquotank, Perquimans, Tyrrell, ****) supports the bill, he introduced an amendment which would have undermined the deterrent effect of guns on campus by requiring guns be kept in locked compartments within vehicles.

"Poison pill" amendments to restaurant carry: Although at least 43 states have some type of restaurant carry (including laws recently passed in Georgia, Arizona, Tennessee, Virginia, and Ohio) Reps. Ross and Jackson remain committed to stopping you from protecting your family in restaurants. If they can't remove it entirely, they will use "poison pill" amendments to induce the NC Restaurant & Lodging Assoc., which is currently neutral on the bill, to oppose it.

In committee, Jackson first tried to require restaurants to post signs saying they either allow or prohibit concealed carry, claiming this would "allow restaurants to choose" while actually denying restaurant owners the choice of simply not getting involved in the debate at all by posting nothing.

When restaurant association representative Frank Gray stated his opposition, the amendment failed. Next, Jackson tried requiring servers to act as cops by asking patrons whether they were "packing," and demanding permit-holders to qualify to law-enforcement marksmanship standards.

"Yellow Star" Jackson: Reminiscent of Nazi's use of the yellow star inscribed with "Jude," Jackson then introduced an amendment to brand permit-holders by requiring their status to be displayed on drivers' licenses, so that every time you have to present an ID, you would be "outted." This amendment also failed. Lies about concealed handgun permit-holders: North Carolinians "Against Gun Violence" director Gail Neely stood before the committee to slander permit-holders, citing long-since discredited claims from "New York Times" reporter Michael Luo that permit-holders are criminals. But most telling, Neely perjured herself to the committee by regurgitating a study which she claimed dealt with concealed handgun permit-holders, despite the fact that GRNC President Paul Valone had two weeks prior produced a copy of the study for her (and the audience of an ACLU forum) demonstrating that her claims were clearly false. Remind legislators: Not only restaurant patrons are disarmed under current law, but also employees. In February, a Charlotte-area Red Lobster employee was shot during an armed robbery, adding yet another to the long list of restaurant victims like Danielle Watson, the Flying Biscuit Cafe manager brutally stabbed to death and left behind a dumpster.
Posted by Brock Townsend at Sunday, April 28, 2013