"The fraud is on. Will we keep falling for it?"

Via Cordite In The Morning 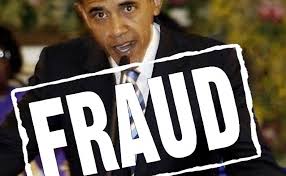 "It was not the magistrate judge who decided Tsarnaev should be Mirandized. It was President Obama and Attorney General Holder."

So now, the next necessary deception in the campaign is to convince you that — all together now — “the system worked.” In reality, the civilian justice system did not work, and that is because it cannot work — not if the objective is the swift acquisition of vital national-defense information.

It could not be more obvious to an objective, rational person that if the aim is intelligence collection, it is far better to interrogate a terrorist without limitations on time and subject matter, without the interference of a defense lawyer, and without empowering the detainee by giving him plea-bargaining leverage to trade for information. The Obama administration, however, is telling you, with a straight face, that the imposition of civilian due process will produce intelligence just as effectively, if not better.

Most people, of course, realize that this is impossible if Miranda warnings must be given. So the administration rolls out canard No. 1: the “public-safety exception.” The public is led to believe that this exception means agents have at least 48 hours of freewheeling interrogation before Miranda kicks in and the terrorist clams up (upon lawyering up). This is brazenly false.