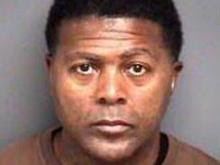 Public records show a Halifax County man profited from multiple deaths and suspicious fires across several North Carolina counties in the past eight years. The victims' families say his connection to those events is no coincidence.

The murder cases happened years and miles apart. In 2005, a 38-year-old Warren County mother and her young son were shot to death. In 2012, a 29-year-old woman in Northampton County was also shot to death.

Dennis Carter, of Enfield, profited financially from the women's life insurance policy and will, despite being a married man and unrelated to the victims.

A private investigator working for one of the victim’s families found that Carter, a home builder, was also linked to a series of suspicious fires and insurance claims.

Family: ‘Ain’t no way in the world that boy is gonna shoot his mama’