Britain may be an Islamic nation within 20 years 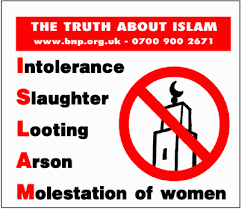 CHARLOTTE, NC June 7, 2013 – Way back in 2003 an article in a British newspaper warned about a growing fear that the U.K. was on a fast track to becoming an Islamic nation. That was just ten years ago, and it seemed far fetched at the time. Now the British government has published a study with data that shows Islam will become the dominant religion within the next generation.

The concern in the 2003 article focused on the fact that Britain, and continental Europe for that matter, are becoming increasing secular while immigrant populations of devoted Muslims are growing.

The recent survey shows that while Christianity remains the dominant religion in the U.K. at over 50%, more than half the population if over the age of 50 and, for the first time, less than half  the people under 25 consider themselves Christians.

Meanwhile, the Muslim population in Britain is growing so rapidly that Islam is predicted to overtake Christianity within the next 20 years. Combined with the growing secularization of native Britons, the Christian/Muslim ratio could tilt in favor of Islam even sooner than estimated.

Such a change could be a serious concern. When Islam becomes the dominant power in a society, Sharia law oftens follows and non-Muslims may be relegated to dhimmitude which means they are subjects of the Islamic state.

Already there are problems with Muslims taking to the streets of London and Paris on Fridays to observe prayers. Streets become jammed with faithful Muslims who create several blocks of traffic congestion. Though there are laws against such public gatherings, authorities usually look the other way.

In Stockholm, one district of the city now allows mosques to play Muslim calls to prayer.