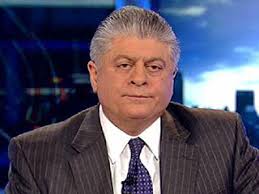 A different "What If" piece on TV got him canned.

What if it is a crime to backslap terror fighters and to encourage their terrorist-affiliated organizations to fight, except if the backslapper is an FBI agent or a senator?

What if FBI agents pretended to be members of these terrorist organizations and set out to find people in America who were willing to join?