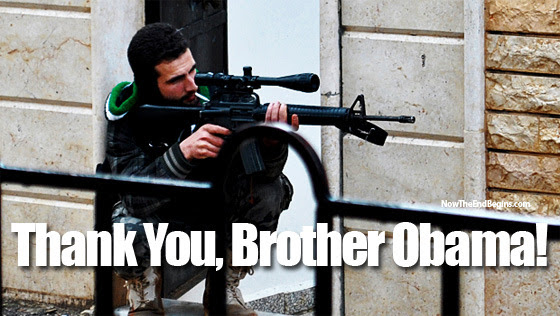 The Civil War in Syria is essentially a sectarian war between a politically dominant Shiite Muslim minority composing about 13 percent of Syria’s 23 million population and a Sunni Muslim majority of 74 percent. The Druze, a small and highly unorthodox branch of Islam, number just under 3 percent. Slightly over 10 percent of Syria’s population is Christian. It was in Antioch in Syria that the followers of Christ first began to be called Christians. Besides Lebanon, Syria and Egypt have the highest proportion of Christians in the Middle East. Most of the Shiite Muslims belong to its unusually moderate Alawite branch, who have been much more tolerant of Christianity than other Muslims. They even celebrate some Christian holidays. The Sunni majority considers the Alawite branch of Shia Islam heretical, including their protective relationship to Christians. The hostile Sunni majority is a concern to the various Christian denominations in Syria, which include Chalcedonian Orthodox (36 percent); Syrian Orthodox (22 percent); various Levantine Catholic branches (26 percent); and the Armenian Apostolic Church (11 percent). Both the Alawites and Christians are generally better off economically than the Sunnis.


About 90 percent of Syrians are ethnic and linguistic Arabs. They speak the Aramaic dialect of Arabic, the closest dialect to Hebrew among all Semitic languages.

Jesus spoke Aramaic. The Kurds in Northeastern Syria are the principal non-Arab people in Syria with about 9 percent of the population.


The Sunni Muslims in Syria are backed by the Muslim Brotherhood (MB), an Islamic political and religious organization with powerful political and financial connections throughout the Muslim World and in Europe and the United States. The principal military arm of the Muslim Brotherhood is the Hamas terrorist organization. Originating among Egyptian Salafists (hard-line Sunni theological radicals), Hamas is the mother organization of Al-Qaeda, best known for its terrorist attacks on the U.S. in 2001.


In the last two years, Syrian President Bashar al-Assad has allied his military dominated government with the much more radical Shiite Muslims in Iran and Eastern Iraq, including the Iran-based and financed Hezbollah (Army of God) terrorist organization. Hezbollah is the largest and best trained terrorist force in the world. In that sense, Hezbollah resembles a huge elite military fighting force.

But they may operate in small teams or heavily armed battalion-sized military units. The Assad alliance with Hezbollah is probably a defensive measure for protection against the Muslim Brotherhood, but it must make Syrian Christians very nervous.


The rebels against the Assad regime call themselves the “National Coalition for Syrian Revolutionary and Opposition Forces,” the “Syrian National Coalition” for short. The UK, France, and the United States have recognized the rebel organization as the “sole representative of the Syrian people.”  President Obama is a predictably consistent ally of the Muslim Brotherhood.


The Muslim Brotherhood has been waging a war of varying intensity against the Syrian government at least since 1970. There was a major Muslim Brotherhood uprising against the government in the late 1970s, which led to a severe crackdown by the Syrian Army in 1982. As part of that action, regular Syrian Army troops killed between 10,000 and 40,000 people near the city of Hama.


A re-eruption of the ongoing Syrian civil war was inspired by the Arab Spring revolutions in Egypt, Tunisia, and Libya. It began with peaceful protests followed by a Syrian Army crackdown. According to the UN, about 100,000 people have been killed in the last two years. About 1.5 million Syrian refugees have fled to neighboring Lebanon, Jordan, and Iraq.


Fully mobilized, the Syrian Armed Forces number about 400,000.  Hezbollah fighting strength in Syria is estimated at between 5,000 and 10,000. Hezbollah’s stated purpose in Syria is to defend Shia Islam against Sunni aggression in both Syria and neighboring Lebanon. The military arm of the rebel Syrian National Coalition is called the Free Syrian Army and numbers about 80,000. Its commander is dissident Syrian General Salim Idris.


Syria has been a cross-road for war and empires for the last 5,000 years. Within 300 years of the death of Christ, Syria became one of the most important Christian regions in the world. Following the death of Muhammad in 632, Muslim armies from Arabia conquered most of Syria. Frankish Crusaders retook and established Crusader states along the western coast in the twelfth and thirteen centuries. But by1260, the last of the Crusader states had been conquered and fought over by Muslim Mongols, Egyptians, and finally Turks.


During the First World War, the Ottoman Turkish Empire allied with Germany. Following the Turkish defeat and the breakup of the Ottoman Empire, France took the northern half of Greater Syria and created Syria and Lebanon. Lebanon was separated from Syria because of its Christian majority. The British took Palestine and Iraq. Syria was made an independent kingdom in 1920 but only became truly independent when Syrian nationalists forced French troops to leave in 1946.


One distinctive of Syria is the ideological dominance of Arab Nationalism, which has been even more influential than Islam in Syrian politics and foreign policy.  In 1958, Syria joined with Egypt to form the United Arab Republic. Syria, however, seceded from that Union in 1961.


In 1970, Syria’s Defense Minister, Hafez al-Assad, a former Air Force officer, seized control of the government.  (The surname “Assad’ means “lion” in Arabic.)  Within a few years Assad had turned Syria into one of the world’s most ruthless police states. He died of a heart attack in 2000 and was succeeded by his youngest son, thirty-five-year-old Bashar al-Assad as President of Syria. Bashar, who was an ophthalmologist in London until his older brother was killed in an auto accident in 1994, had never expected to be a leader in Syria.


The lanky six-foot-two Bashar al-Assad is much more easy-going than his father, and many of the harsher police state activities have been discontinued. However, Syria is still unquestionably a totalitarian police state. Any threat to security is quickly crushed.


In the month of June, the Free Syrian Army murdered dozens of Christians near the village of Deir el-Zour and beheaded a Catholic priest and two assistants. The U.S. should not be helping the Muslim Brotherhood in Syria or anywhere else. Our policy concerning Syria should be to do no harm.
Posted by Brock Townsend at Sunday, July 07, 2013