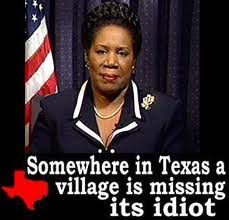 Conservative bloggers went wild Monday when they got wind of the Congressional Black Caucus’ suggestion that President Obama pick Rep. Sheila Jackson Lee of Houston for the post of Secretary of the Department of Homeland Security.

Rich Cooper, avid blogger for Security Debrief, responded to the news of the Jackson Lee recommendation in a post by saying, “Apparently, it is not a joke. For reasons that baffle any sense of reality, it is a serious gesture on the part of the Congressional Black Caucus (CBC) to encourage President Obama to nominate Rep. Jackson Lee as a replacement for outgoing-DHS Secretary Janet Napolitano.”