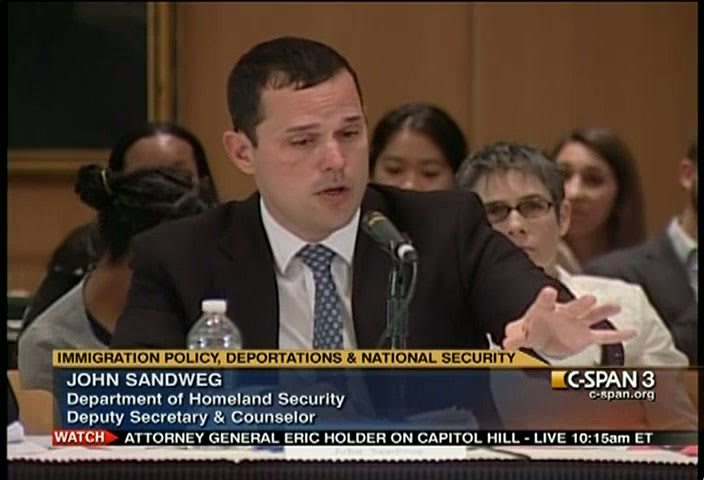 The acting director of Immigration and Customs Enforcement is a former criminal defense attorney who represented accused and convicted murderers, sex offenders and pedophiles and fought for the release of violent convicted offenders -- a background some critics say makes him a less than ideal choice to lead the federal government's second-largest law enforcement agency.

John Sandweg, 38, who was recently named acting director of ICE, worked between 2002 and 2009 defending violent criminals in Arizona, and helping then-governor and current Secretary of Homeland Security Janet Napolitano raise campaign funds. Critics questioned Sandweg's credentials, with one calling him “in no way qualified” and his appointment the latest example of Napolitano's "blatant politicization" of the agency.

"I am deeply disappointed by this appointment and believe it is disrespectful to the thousands of dedicated professionals at ICE who are working tirelessly to enforce our laws and provide for our security," said Rep. John Carter, R-Texas, who chairs the House Homeland Security Appropriations Subcommittee. "I urge the administration to re-think this appointment and promptly appoint a qualified, confirmable applicant for this essential post."

A former administration official said news of Sandweg’s installation as acting director was met with disgust and disbelief within parts of DHS.

“He has zero law enforcement experience and he [is running] our country’s second-largest law enforcement agency -- and that’s a real job, it’s not a figure-head position,” the former official said.