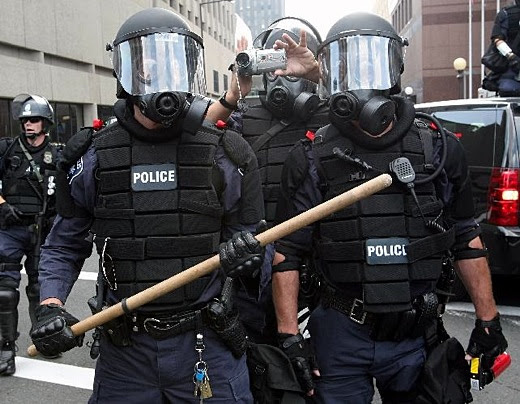 There was a comment posted on my article 'The Home Invasion Dilemma - Discussion & Scenarios' which just needs to be followed up on. Why? because it speaks volumes about the mindset that many in Law Enforcement have. It needs to be addressed. I actually suspect that I know who this anonymous comment comes from, simply by its tone. If so, it's a guy who I used to 'get along with' in a useful way on a forum before I started this blog - he is in some form of Law Enforcement and got upset when I started commenting on how LE methods were going seriously wrong. It's either him, or someone similar, and either way, they are in denial.
The comment is below and to me it speaks of denial, arrogance and an unassailable ego, which also to me seems to be a large part of the problem that we are facing:
"Max you have never been SWAT, never been a LEO and have created an enemy where there was none. You might have been "special" in your arena but are not in SWAT and that just chaps you to death and I don't know why. It's a shame because if you elected to serve in that field you might have something to offer and you might learn the constraints of what it takes to be one.Half the people on here pumping your nuts are criminals themselves LOL. SWAT isn't SPECOPS and never will be I hope otherwise it will have gone way wrong. Think about joining the local force and making the difference and see of you can make the ranks."

OK, so lets break it down and address it:
More @ Max Velocity
Posted by Brock Townsend at Thursday, August 15, 2013