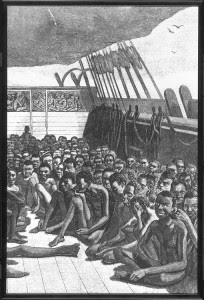 He has no real identity. He is half-white, which he rejects. The rest of him is mostly Arab, which he hides but is disclosed by his non-African Arabic surname and his Arabic first and middle names as a way to triply proclaim his Arabic parentage to people in Kenya . Only a small part of him is African Black from his Luo grandmother, which he portends he is exclusively.

What he isn’t, not a genetic drop of, is ‘African-American,’ the descendant of enslaved Africans brought to America chained in slave ships.


More @ The Western Center For Journalism
Posted by Brock Townsend at Sunday, December 29, 2013