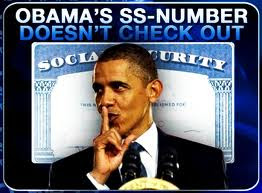 
It took years for Watergate to unravel fully. The controversy over Barack Hussein Obama and his past, along with fraudulent documents continues to make headlines, yet the items needed to actually verify who Obama is continue to be kept from the public eye. Well, that all may be about to change. Attorney Orly Taitz may have just found a chink in the federal government’s armor in protecting Barack Obama from scrutiny, following a judge’s ruling over her Freedom of Information Act request from the Social Security Administration.

However, Judge Ellen Lipton Hollander has ruled to give Taitz “an opportunity to file a second amended complaint and add allegations of SSA not doing a proper search and withholding records.”