Global Warming Alert: U.S braces itself for coldest month of the century.......... 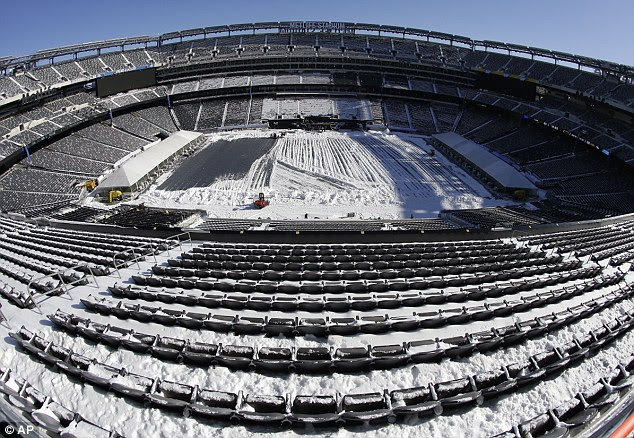 ........with yet another Arctic blast as fears grow for Super Bowl Sunday

America is set for the coldest month of the century as weather forecasters predict yet another freezing blast of Arctic air - putting Super Bowl Sunday in jeopardy.

Teams have been warned to stay on high alert for changes to the scheduling of the first Super Bowl to be played in an open-air stadium.

Temperatures have already hit record lows, at times making parts of the U.S. colder than the North Pole, and are expected to plunge in the coming days.