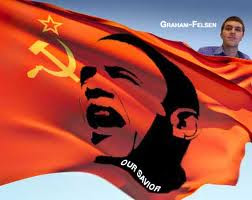 The Federal Communications Commission, under intense fire this week for proposing to install government agents in radio, television and even newspaper newsrooms to look at how editorial decisions are made, abruptly backed away from the plan today.

The confirmation was from Shannon Gilson, a spokeswoman for the federal agency. She said the plan was part of the FCC’s overall look at access to the media marketplace.

“Last summer, the proposed study was put out for public comment and one pilot to test the study design in a single marketplace – Columbia, S.C. – was planned. However, in the course of FCC review and public comment, concerns were raised that some of the questions may not have been appropriate. Chairman Wheeler agreed that survey questions in the study directed toward media outlet managers, news directors, and reporters overstepped the bounds of what is required. Last week, Chairman Wheeler informed lawmakers that that commission has no intention of regulating political or other speech of journalists or broadcasters and would be modifying the draft study. Yesterday, the chairman directed that those questions be removed entirely,” she said.