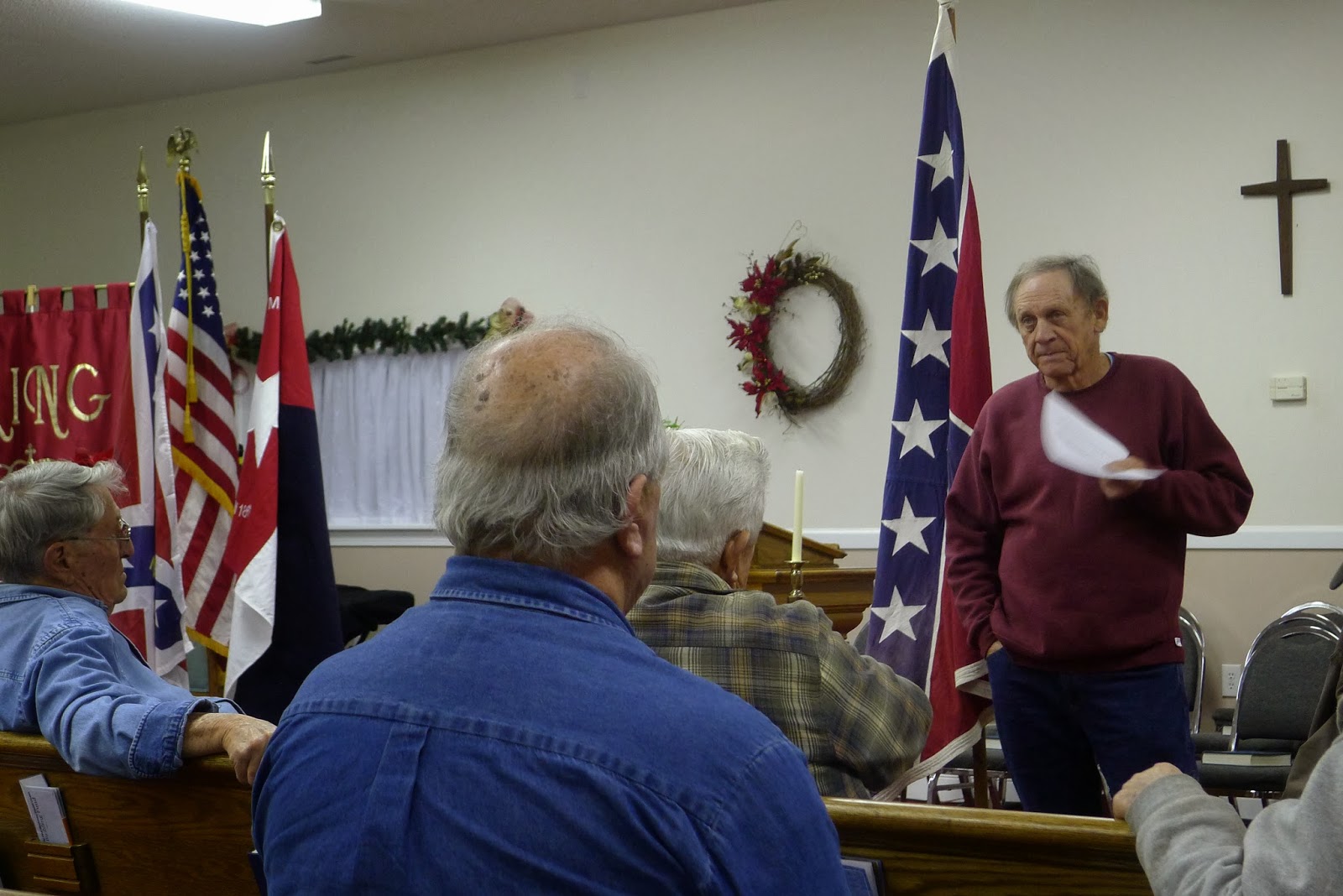 Compatriot Andrew Velez gave a most interesting lecture on his Great, Great Grandfather Basil Merrill Riggs.  Private Riggs enlisted from Onslow County, NC on July 1, 1861 for the War and was mustered in as a drummer boy. He was wounded on July 1, 1862 near Richmond Virginia and returned to duty January 1863.  He was wounded again and captured at Gettysburg July 3, 1863.  The date including his parole and exchange are missing from the records.  Private Riggs next shows up on his company's muster rolls as being absent wounded and on parole from September until October 1863 until admitted to a hospital in Richmond April 10, 1864 with gunshot wound of the neck.  Absent sick through August 1864.  Captured once again on September 22, 1864 at Fisher's Hill, Virginia and confined at Point Lookout, Maryland ("starved at Point Lookout.") until paroled and sent to Aiken's Landing, James River, Virginia for exchange on March 17, 1865.