NC: 'You're playing with a loaded gun:' Heroin use on the rise 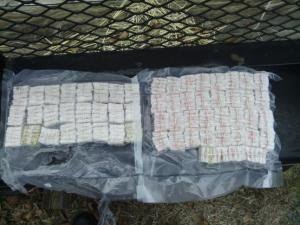 Rocky Mount, N.C. — Heroin addiction is on the rise across the nation and in North Carolina, according to law enforcement and health experts, who say the recent death of Oscar-winning actor Philip Seymour Hoffman is a reminder that the drug knows no age or wealth limits.

From high school students to Hollywood actors, heroin has become a go-to drug for many because it is often cheaper and easier to get than prescription painkillers. In Vermont, Gov. Peter Shumlin devoted his entire State of the State address to drug abuse, saying that, in the past year, heroin overdoses there have almost doubled.

"In every corner of our state, heroin and opiate drug addiction threatens us," Shumlin said. "It threatens the safety that has always blessed our state. It is a crisis bubbling just beneath the surface that may be invisible to many, but is already highly visible to law enforcement, medical personnel, social service and addiction treatment providers, and too many Vermont families."

In North Carolina, especially the eastern part of the state, law enforcement officials say they are experiencing a surge in heroin that hasn't been seen in decades, especially among high school students.

“We’re arresting a lot of people who are 18, 19, 20, 21 years old who are supporting their own addiction by selling heroin,” said Lt. Dennis Wooten, with the Nash County Sheriff’s Office. “We’ve seen a lot of brown powder heroin, and our numbers have grown astronomically over the last four years.”