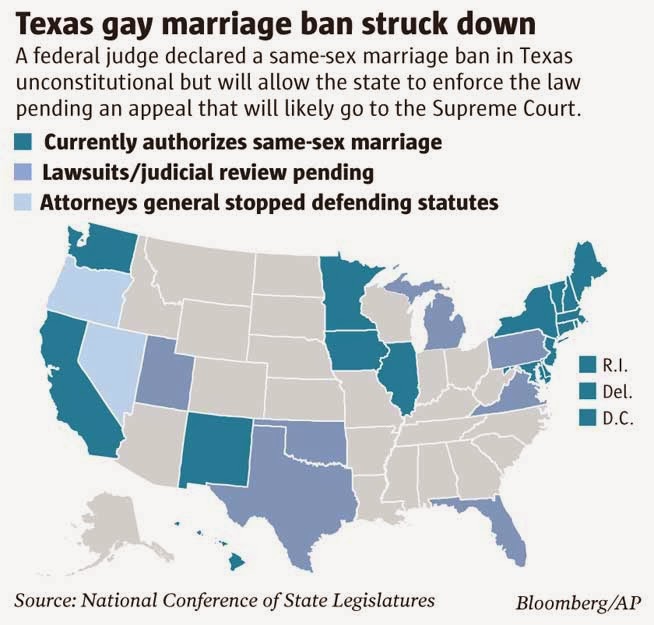 Texas' ban on gay marriage was struck down by San Antonio-based federal Judge Orlando Garcia today. (26th) The judge suspended his ruling, however, meaning that the ban will remain in place until a secondary ruling by an appeals court later this year.


Federal judges have the right to suspend a law if it is believed to cause significant suffering for the plaintiffs.

The original lawsuit in Texas was filed by two gay couples: Cleopatra De Leon and Nicole Dimetman of Austin; and Mark Phariss and Victor Holmes of Plano.