Do the Fed’s Really Own the Land in Nevada? Nope! 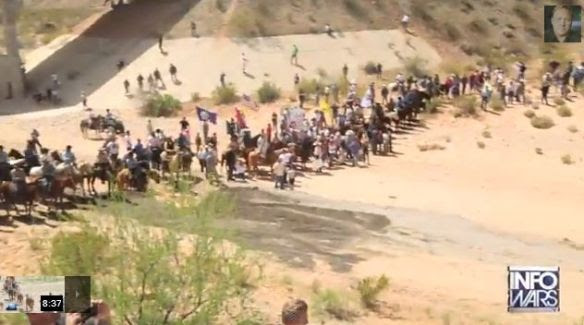 QUESTION: Is it true that nearly 80% of Nevada is still owned by the Federal Government who then pays no tax to the State of Nevada? This seems very strange if true as a backdrop to this entire Bundy affair.

You seem to be the only person to tell the truth without getting crazy.

Thank you so much

REPLY: The truth behind Nevada is of course just a quagmire of politics. Nevada was a key pawn in getting Abraham Lincoln reelected in 1864 during the middle of the Civil War. Back on March 21st, 1864, the US Congress enacted the Nevada Statehood statute that authorized the residents of Nevada Territory to elect representatives to a convention for the purpose of having Nevada join the Union.

This is where we find the origin of the fight going on in Nevada that the left-wing TV commenters (pretend-journalists) today call a right-wing uprising that should be put down at all costs. The current land conflict in Nevada extends back to this event in 1864 and how the territory of Nevada became a state in order to push through a political agenda to create a majority vote. I have said numerous times, if you want the truth, just follow the money.

The “law” at the time in 1864 required that for a territory to become a state, the population had to be at least 60,000. At that time, Nevada had only about 40,000 people. So why was Nevada rushed into statehood in violation of the law of the day? When the 1864 Presidential election approached, there were special interests who were seeking to manipulate the elections to ensure Lincoln would win reelection.