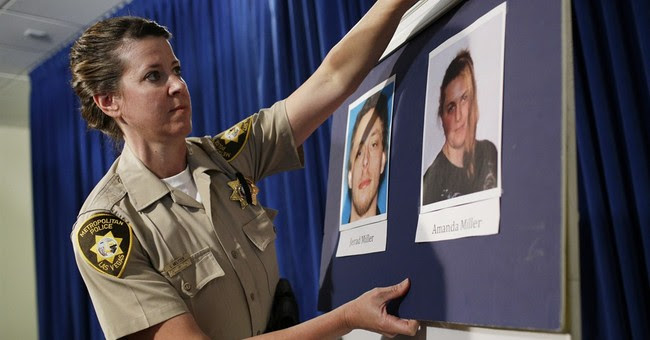 Various law enforcement agencies and military units  have memorials to those that have fallen in service to their country.

If we ever build such a memorial to concealed carriers who put their lives at risk to save others, the name of Joseph Robert Wilcox, 31, of Las Vegas deserves to be on that wall.

Wilcox was killed yesterday attempting to take down the deranged couple that had just  murdered Las Vegas Metropolitan Police Officers Alyn Beck and Igor Soldo at a nearby Cici’s Pizza location.

Wilcox apparently spotted the husband as he rushed into Walmart, and tried to take him down: