UNSHAKEN: Murrieta Residents Turn Away Buses for a Third Time 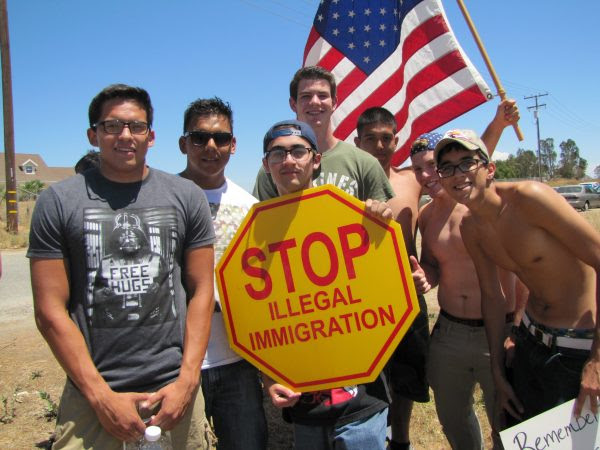 I'm proud of you and could this be a turning point?

Is this the latest “Cliven Bundy” moment? It is certainly starting to look like it.

The residents of Murrieta have certainly had a good share of chaos and intimidation tactics to deal with in recent days. Yesterday we reported that “riot squads” were allegedly being dispatched.

Whether the riot squads are rumors or real, the obvious intent is intimidation.

Tempers are very high and La Raza has now moved in. La Raza is a Mexican supremacist group.

They have no regard for the southern border and believe that much of America belongs to Mexico.

They have called, on more than one occasion, for violent revolt to take America back.

We now have a judge in Texas who is warning locals that they will not tolerate a Murrieta repeat in his town. This story is starting to spread like wildfire across the globe. For instance Russia Today has been covering Murrieta extensively.

The people of Murrieta made their point when they made the first set of buses turn around. It was already a great story. No one would have really expected them to do it again.