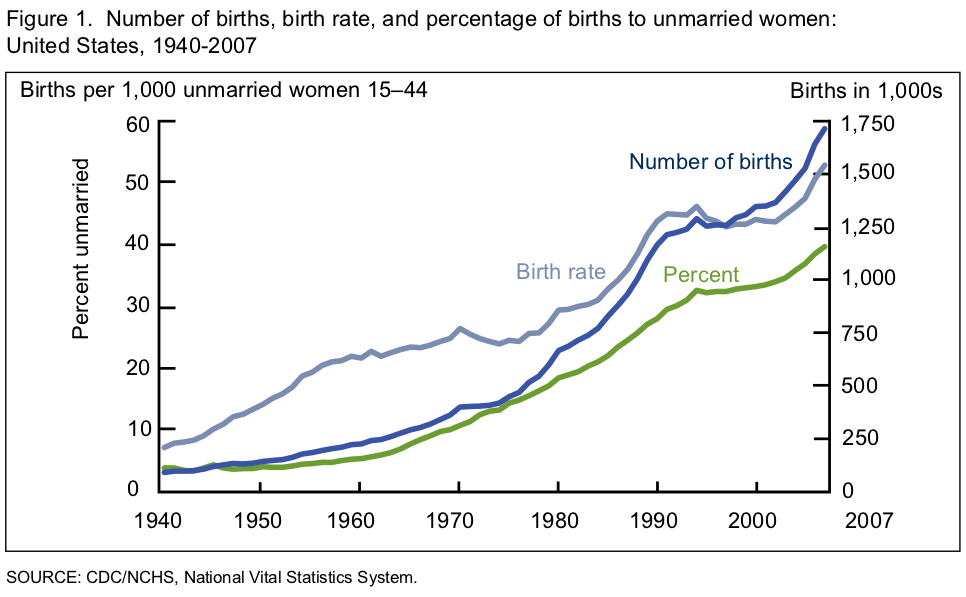 Thirty-six percent of the generation of Americans born from 1993 through 2012, the eldest of whom will turn 21 this year, were born to an unmarried mother.

During those 20 years, 80.83 million babies were born in the United States, and slightly more than 29 million of them were born to single women, according to the Centers for Disease Control and Prevention.

And in each of the last six years — 2008 through 2013 — at least 40 percent of American babies were born to unmarried mothers, the CDC noted.

The burgeoning rate of women giving birth outside marriage has economic repercussions. In 2012, the poverty rate for single-mother families was 40.9 percent, compared to 8.9 percent for married-couple families, according to the National Women's Law Center.

And 80 percent of homeless families are headed by single women with children.
Posted by Brock Townsend at Sunday, September 14, 2014