"The South is finally rising." Says Salon rated #4 most liberal :) 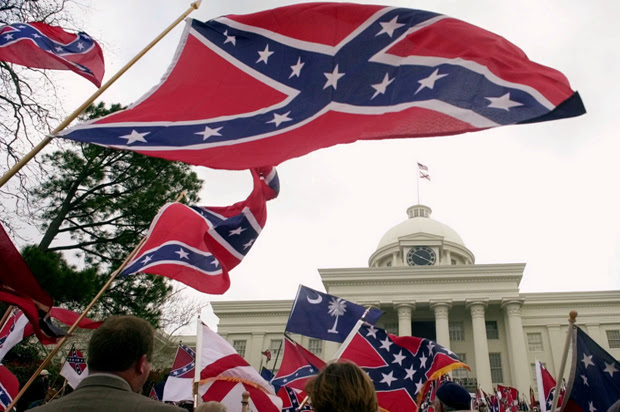 I know you meant this to be a hit piece, but the last paragraph is right on. Thanks! :)

Southern voters will go to the polls in November 150 years, almost to the day, after Gen. Sherman commenced his March to the Sea, breaking the back of the Confederacy and leaving a burnt scar across the South. The wound never fully healed. Humiliation and resentment would smolder for generations. A sense of persecution has always mingled with the rebellious independence and proud notions of the South’s latent power, the promise that it “will rise again!”

Congressman Paul Broun Jr., whose Georgia district spans nearly half of Sherman’s calamitous path to Savannah, evoked the “Great War of Yankee Aggression” in a metaphor to decry the Affordable Care Act on the House floor in 2010. The war, in Broun’s formulation, was not a righteous rebellion so much as a foreign invasion whose force still acts upon the South and its ideological diaspora that increasingly forms the foundation of conservatism.