‘A State of Treason’ 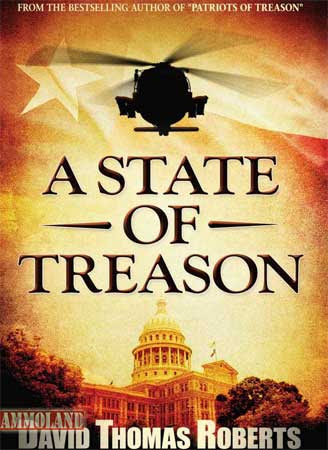 With mid-term elections right around the corner, David Thomas Roberts couldn’t have timed the release of his new book any better. Patriotic to the core, and passionate about all things ‘Texas,’ this is Roberts’ second foray into the political thriller arena.

A State of Treason  is a hair-raising cautionary tale that throws liberty-loving Texans and their governor into a whirlwind of danger in their fight for freedom.


“The book is sure to have an impact on anyone who feels the government is threatening individual liberties by overstepping their power in open contempt of the Constitution,” says Roberts.

Thanks to a U.S. President with outward contempt for the Founding Fathers and the limits of the U.S. Constitution, and an administration that is constantly embroiled in scandals, the U.S. electorate is more polarized than in any other time in modern history.

Determined to eradicate its political enemies, namely the Tea Party, the administration orders unconstitutional actions that include warrantless arrests of its Texas members.