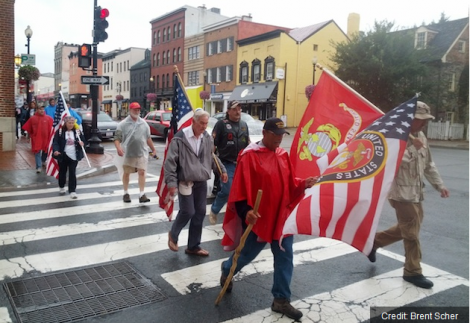 President Barack Obama refused to see two former U.S. Marines who walked hundreds of miles to the White House to raise awareness of a fellow Marine jailed in Mexico.

Terry Sharpe and Allen Brown completed their walk on Sunday, arriving at the White House with a police escort and a number of others who support their efforts to secure the release of Marine Sgt. Andrew Tahmooressi. They were not invited inside the White House, nor did anyone from the Obama administration apparently greet them.