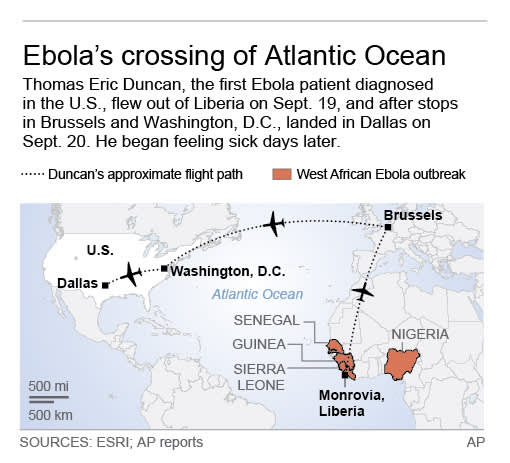 Four members of a family the U.S. Ebola patient was staying with were confined to their Texas home under armed guard Thursday as the circle of people possibly exposed to the virus widened, while Liberian authorities said they would prosecute the man for allegedly lying on an airport questionnaire.

The unusual confinement order was imposed after the family failed to comply with a request not to leave their apartment, according to Dallas County Judge Clay Jenkins.