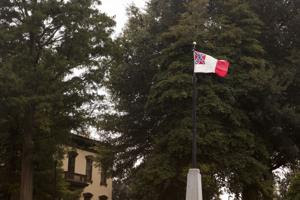 The Danville Museum of Fine Arts & History's board of directors has approved a three-year strategic plan to create a new mission and vision that will drive new initiatives and partnerships.

As part of the initiative, the museum's board of directors recently asked the city "to remove the Confederate flag from the grounds of the Danville Museum of Fine Arts and History," according to a letter sent to City Manager Joe King.

The new theme for the museum, "The Last Capitol of the Confederacy, The Beginning of a United Nation," will help define the museum's goal to be more inclusive and improve the scope of its work, according to a news release from the museum. The new theme recognizes the museum's 40-year history and the legacy of the Sutherlin Mansion.