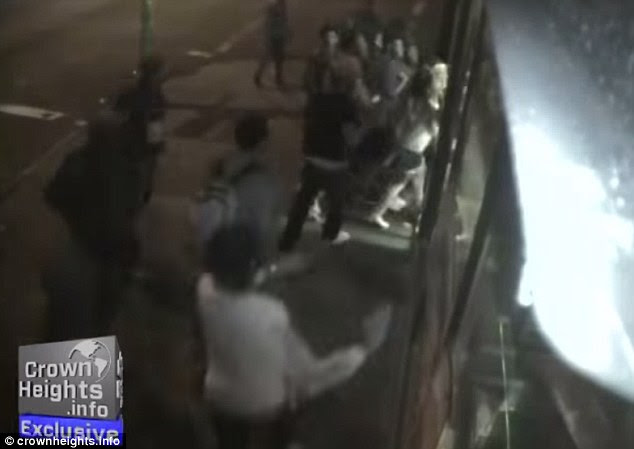 Surveillance footage of the event shows the teens storming the entrance of Gourmet Butcher, a deli in crown heights at just after 9pm

It 'happened in seconds,' said deli owner Yanki Klein who says they destroyed between $500 and $700 worth of goods

One 23-year-old reported being assaulted during the attack

Owners at the deli, which is a kosher establishment, say that teenagers have come in before yelling anti-Semitic language

Police are not investigating the event as a hate crime