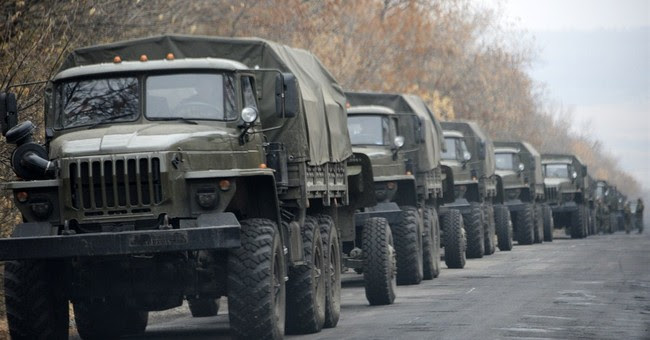 Associated Press reporters saw more than 80 unmarked military vehicles on the move Saturday in rebel-controlled areas of eastern Ukraine, indicating that intensified hostilities may lie ahead.
Three separate columns were seen — one near the main separatist stronghold of Donetsk and two outside the town of Snizhne, 80 kilometers (50 miles) further east. The vehicles were mainly transportation trucks, some of them carrying small- and large-caliber artillery systems, and at least one armored personnel carrier. Several of the trucks were seen to be carrying troops. 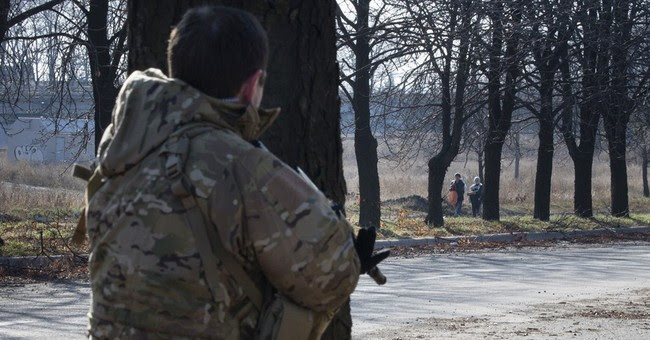 Ukraine: Today, the deputy prime minister of the Donetsk People's Republic said that fighting has resumed in eastern Ukraine. Andriy Purhin told Russian media, "A full-scale war is going on now... We are being attacked; we are defending." He said the cease-fire was not being observed on 75 per cent of the demarcation line and claimed that "now they are fighting in places where they weren't fighting before".

Earlier in the day rebels said that a column of Ukrainian tanks had entered the town of Yasynuvata near Donetsk. They also said Ukrainian forces shelled targets on the outskirts of Donetsk.
Rebel sources said the Ukrainian forces were attempting to reach Donetsk airport which is in Ukrainian control, but cut off from other Ukrainian-controlled territory. The Kyiv government denied it started an offensive.