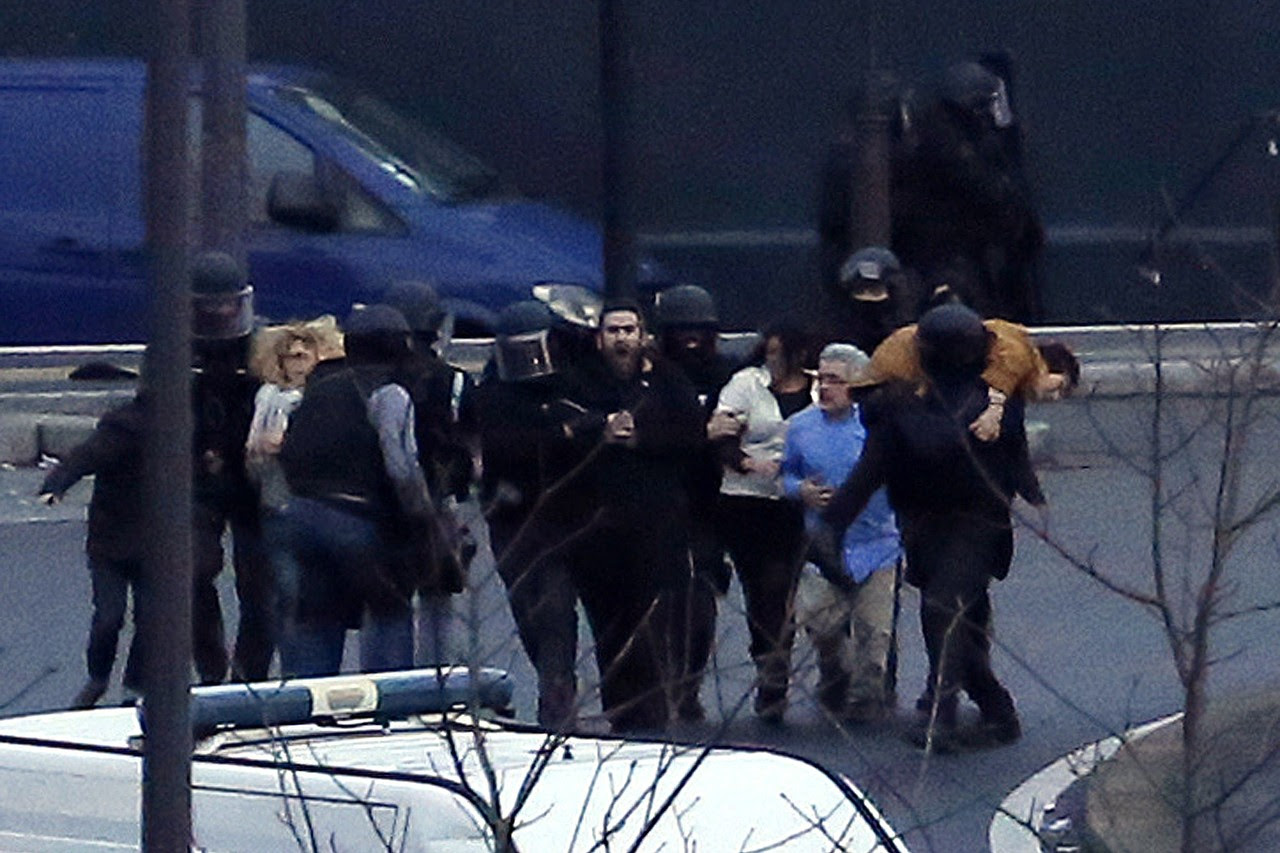 French police killed three gunmen who rampaged in and out of the French capital this week, ending a three-day spree of violence that shocked the nation.

Police launched simultaneous assaults Friday on gunmen who held hostages at two locations on the outskirts of Paris, and appeared to operate as a network.

As the multifront battle climaxed, police killed Said and Chérif Kouachi—the two gunmen suspected of Wednesday’s attack on French magazine Charlie Hebdo. A hostage held by the brothers in the building north of Paris was rescued alive in the police raid, according to police officers familiar with the matter.

At Porte de Vincennes, on the eastern edge of Paris, police also raided a kosher grocery store where another gunman, Amedy Coulibaly, had taken several people hostage. Mr. Coulibaly, who police believe was connected to the Kouachi brothers, was killed in the assault.