The US Retail Industry is Collapsing: Here’s Why You’re in Trouble 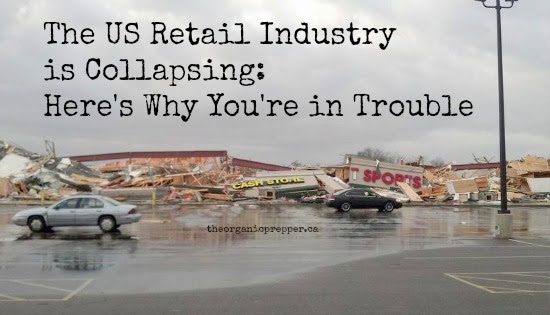 Shopping malls across America are going to look a whole lot emptier soon. An exodus of giant retailers is beginning with the announcement of hundreds of store closures and thousands of people newly unemployed.

The first of January, I broke with my usual tradition and wrote not about positive resolutions, but about the impending rockslide of the US economy. And “rockslide” is an apt word: as one thing starts rolling down the mountain, it will pick up other things until a veritable avalanche of other businesses and people are affected and rolling pell-mell right alongside.

Last year, we saw announcements of the expected closure of some retail giants. In February of 2013, Michael Snyder wrote on The Economic Collapse Blog that we would see the following: