Yet, another Useful Fool.

Before attending last night’s City Council meeting in Charlottesville, Virginia, where a public hearing was to be held regarding Council Member Kristen Szakos’ proposal to remove the Lee-Jackson City holiday from the city calendar, we called to make sure that public comments were welcome, and to ascertain what the requirements were to speak.  We were told that all citizens of the Commonwealth were welcome, given the guidelines and told to arrive at 6:30 to sign up to speak.

Just over a dozen of us, from several different parts of the state, arrived early, signed up to speak and took our seats.  What we witnessed in council chambers, almost as soon as the meeting opened was, in all honesty, shocking, and if I had not been there, would have had a hard time believing took place.  Mayor Huja opened by asking for attendees to respect all speakers and not interrupt them.  He may as well have been talking to the brick walls.  The first 12 speakers were allowed to speak on any topic.  The majority who spoke were Charlottesville residents, and a circus like atmosphere quickly ensued, with members of the audience constantly shouting and talking over speakers, council members, and the Mayor, who occasionally attempted to restore order, to no avail.  The speakers themselves accused council members and the city of everything from criminal activity to overt racism and oppression at every level of government and public service.  To give you an idea of the speakers' subject matter, we offer, word for word, a resolution that was presented for consideration by a city resident during his remarks:

As one can imagine, when it came time for the public hearing on the Lee-Jackson question, the crowd was already worked into a frenzy, and it intensified when the first speaker, an elderly Charlottesville resident, rose to speak against removing the holiday.  He was heckled and interrupted over and over.  Although many who watched the proceedings on live video stream told us afterward that they could hear commotion but not make out exactly what was going on, each speaker who spoke in favor of the Lee-Jackson holiday was subject to this ill-mannered and rude behavior, in varying degrees.

By the time I was called to speak, I will admit that my nerves were on edge.  I had never witnessed such a spectacle in a public meeting and honestly many of us began to fear for our safety.  I’m glad I had my remarks prepared and with as steady of a voice and every bit of composure I could muster, I read them as loudly as I could, hoping to drown out and determined to completely ignore the shouting and commotion in the chamber.  My talking points consisted of pointing out the honor and character of Lee & Jackson, the precedent set by a proclamation signed by the Governor, the fact that this proposal was causing division and strife that would not exist otherwise, and making the point that both men were American Veterans who sacrificed all for God and Country and should not be dishonored.  This apparently was enough to make a woman in the row in front of me, who had been one of the more vocal throughout the meeting, determine that she had enough evidence to label me a "racist" and hurl an insult my way as I took my seat. 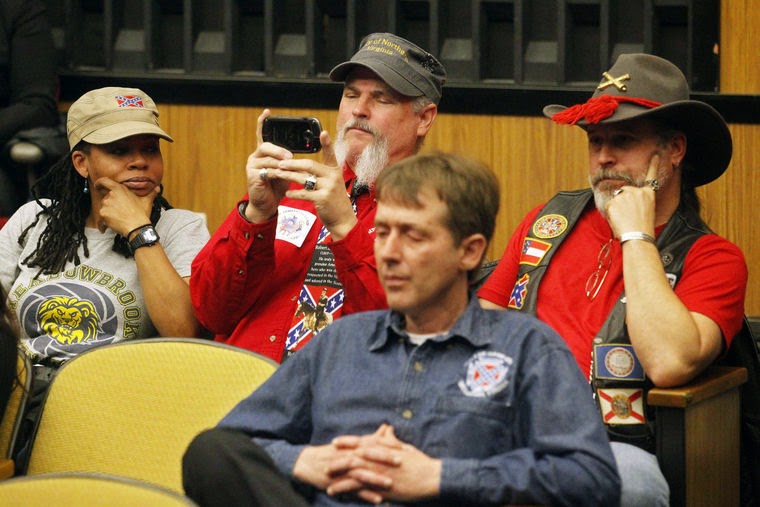 More shocking to me than the behavior of the citizens was the lack of any kind of control by the Mayor or council members.  One young woman was removed from the chamber, after she repeatedly hurled insults at Ms. Karen when she was speaking.  Other than that, and a few requests for quiet that were ignored, the behavior, even profanity from speakers, was permitted and therefore sanctioned, as far as we were concerned.  Most of us were incredulously waiting for someone on City Council to have the guts to speak up and speak out against the behavior, and publicly apologize to the others in attendance. It never happened.

Those in attendance to oppose the measure included members of the Va Flaggers, Edmund Ruffin FireEaters Camp #3000 SCV, Robert E. Lee Camp #1589 SCV, Stafford Light Artillery SCV, 19th Va Infantry Camp #1493 SCV, Army of Northern VA/ Mechanized Cavalry, and the Sally Tompkins Chapter #2 Order of the Confederate Rose.  I am more proud than I can express of the way our folks conducted themselves, refusing to join in the disruptive behavior, despite the chaotic and abusive atmosphere.

After the public remarks section of the hearing closed, we thought it best to leave, after the blatant bigotry, animosity, and disrespect we experienced in the meeting.  In the hall, we were greeted by ONE council member who made it a point to seek us out, shake our hand, thank us for coming, and apologize for what we had been subject to.  I replied that I sincerely appreciated him doing so, as he was the FIRST person in the entire chamber to offer us any kind of welcome or civility.  At that point, a (black) security guard standing beside me reached out his hand, shook mine, smiled, and said, “Well, let me be the second.”

There were a few times during the meeting, when it became painfully obvious that council members had already decided this matter before we stepped inside the chamber, and I questioned if we had done the right thing by attending.  Those thoughts were quickly dispelled when I considered that by being there and standing for Lee & Jackson, at the very least…our opposition and the truths we submitted, were made part of the public record…and we, by our conduct and deportment, showed the stark and very clear contrast that exists between those of us who wish to honor our Confederate ancestors, and those who look for every opportunity to attack those with whom they disagree, taking great pleasure in causing division and strife where none exists.

What we witnessed last night was a good exhibit of the danger of democracy devolving into mob rule.  John Randolph of Roanoke said “anarchy is the chrysalis-state of despotism.”  I see no greater example than the striking of a holiday to honor two men who faithfully and honorably served God and Country, in a futile attempt to appease and propitiate a handful of vocal agitators. 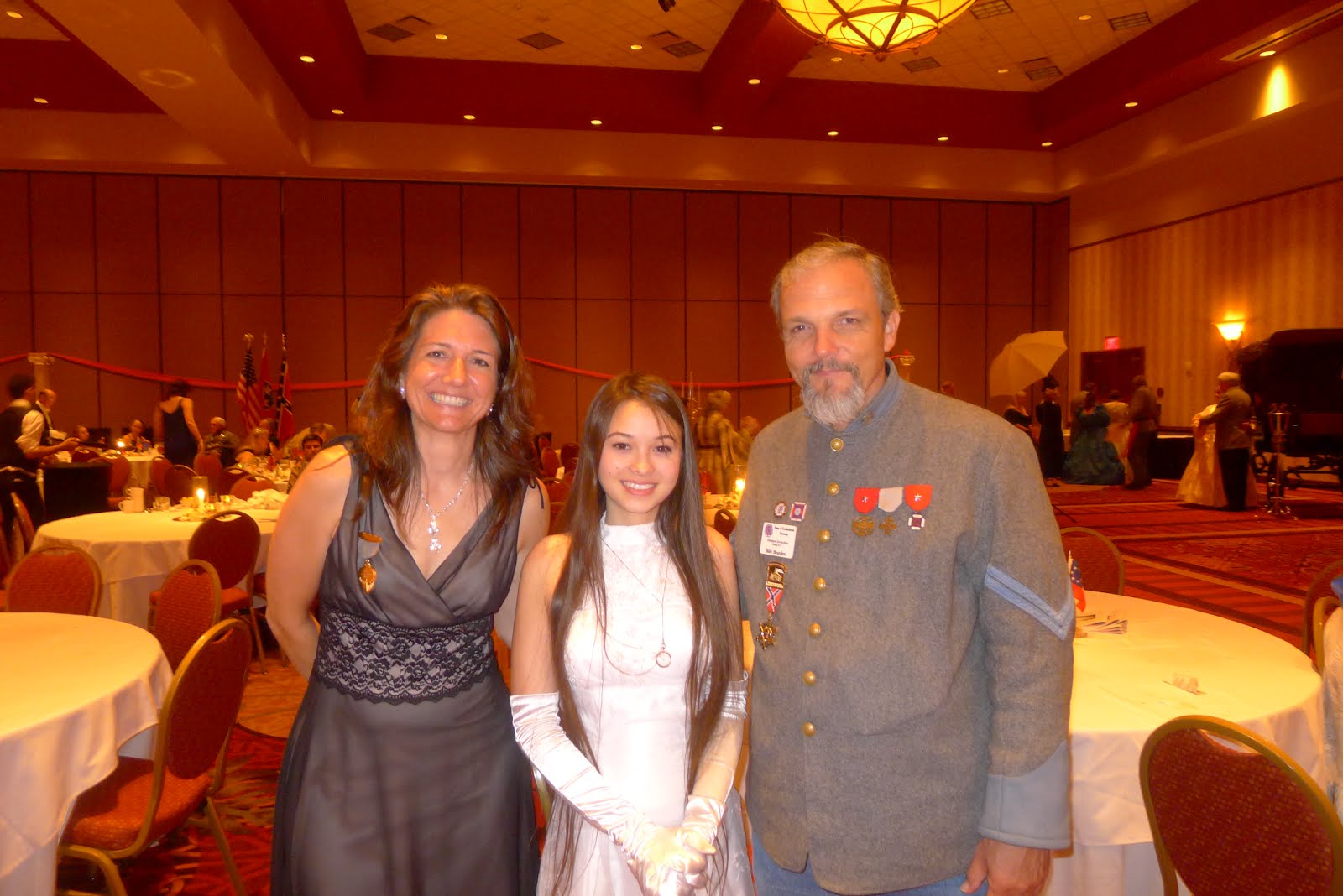