Why Ukraine is None of Our Business 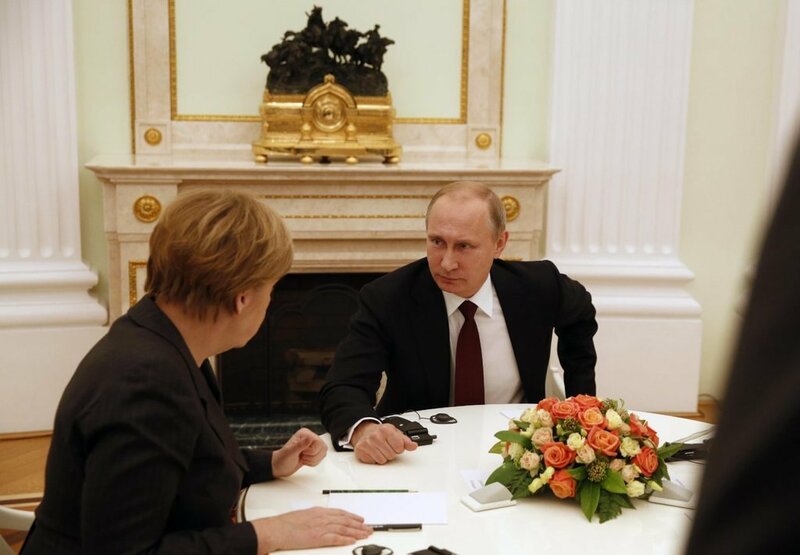 A huge rift between Europe and the US has opened up in regards to dealing with the situation in Ukraine. The US hawks led by Senator John McCain want to send arms to Ukraine, but German chancellor Angela Merkel sees things much differently.

Speaking at the Munich security conference on Saturday, the German chancellor said she wanted to secure peace in Europe with Russia and not against it.

Germany has opposed aiding Ukrainian troops for fear of worsening the conflict, which has already cost more than 5,000 lives, but the idea has many supporters in Washington.

I cannot imagine any situation in which improved equipment for the Ukrainian army leads to President Putin being so impressed that he believes he will lose militarily,” Merkel said. “I have to put it that bluntly.” (She's right for once.)
More @ Global Economic Analysis
Posted by Brock Townsend at Monday, February 09, 2015