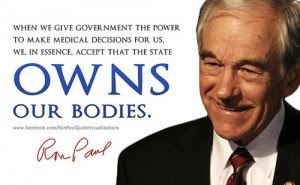 DOA.  Why do they even bother wasting our time?


A bill filed Thursday by three senators would repeal the state’s religious exemption for vaccines.
Senate Bill 346, sponsored by Sens. Jeff Tarte R-Mecklenburg, Tamara Barringer, R-Wake, and Terry Van Duyn, D-Buncombe, would also add influenza B and polio to the list of required vaccinations for school enrollment, as well as others recommended by the federal Centers for Disease Control and Prevention's Advisory Committee on Immunization Practices, with the exception of the HPV vaccine.

North Carolina parents could no longer claim a religious exemption to having their children vaccinated against disease under a bill introduced Thursday in the state Senate.

Senate Bill 346 would repeal a law that exempts children from vaccinations if their parents or guardians object for “bona fide religious beliefs.”

“The intent is not to violate religious freedom in any way, shape or form,” Sen. Jeff Tarte said at a news conference. “(But) your rights stop at the point you start impinging on anybody else’s rights.”