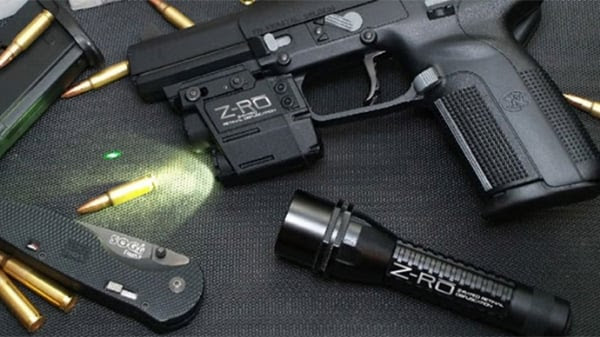 Last summer’s riots in Ferguson, Missouri, prompted much talk by President Obama and certain members of Congress about the need to demilitarize local police forces. Nearly a year later, the opposite is happening.

New and more powerful weapons are flowing into local police departments daily, and still others are new to the marketplace.

One weapon about to make its debut is the “Z-Ro Retinal Obfuscation” gun. When fired, the gun allows an officer to temporarily blind his targeted subject for up to 15 minutes.