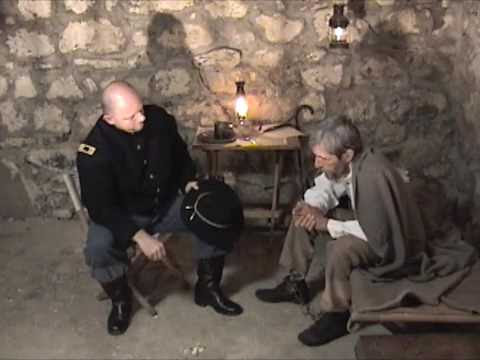 Jefferson Davis was no stranger to Fort Monroe when — as the captive head of the defeated South — he arrived off Old Point Comfort aboard the Union steamer William P. Clyde on May 19, 1865.

A decade earlier he'd come as Secretary of War, prompting not only thunderous salutes from the fort's guns but also — on one occasion — a spectacular fireworks display that lit up the sky with both his name and that of President Franklin Pierce.

The West Point graduate and Mexican War veteran also had directed the garrison in a special review at the parade ground, impressing the president, the rest of the Cabinet and their wives with his superb horsemanship and warlike bearing.

But when Davis and his captors landed at the Engineers Wharf on the afternoon of May 22, he was greeted by a traitor's corridor formed by two long lines of grim-faced, blue-clad soldiers — and it extended all the way from the dock to the imposing Water Battery and the east postern bridge.