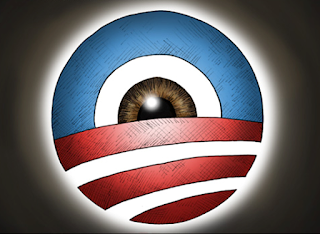 On May 13, the U.S. House of Representatives voted overwhelmingly, 338 to 88, to adopt H.R. 2048, the so-called “USA Freedom Act,” that promises, in section 501, to include a “Prohibition on bulk collection” by the National Security Agency (NSA).

Ahead of the vote, the White House — a strong supporter of the agency’s mass surveillance program it has said is vital to security — issued a statement in favor of the legislation, promising that it would “enhance privacy and better safeguard our civil liberties, while keeping our nation safe.”

There is only one problem.

In truly Orwellian fashion, the bill does exactly the opposite, Rep. Justin Amash (R-Mich.) warned in a Facebook post to his constituents.

“H.R. 2048 actually expands the statutory basis for the large-scale collection of most data,” Amash wrote in opposition to the bill hours before the vote.