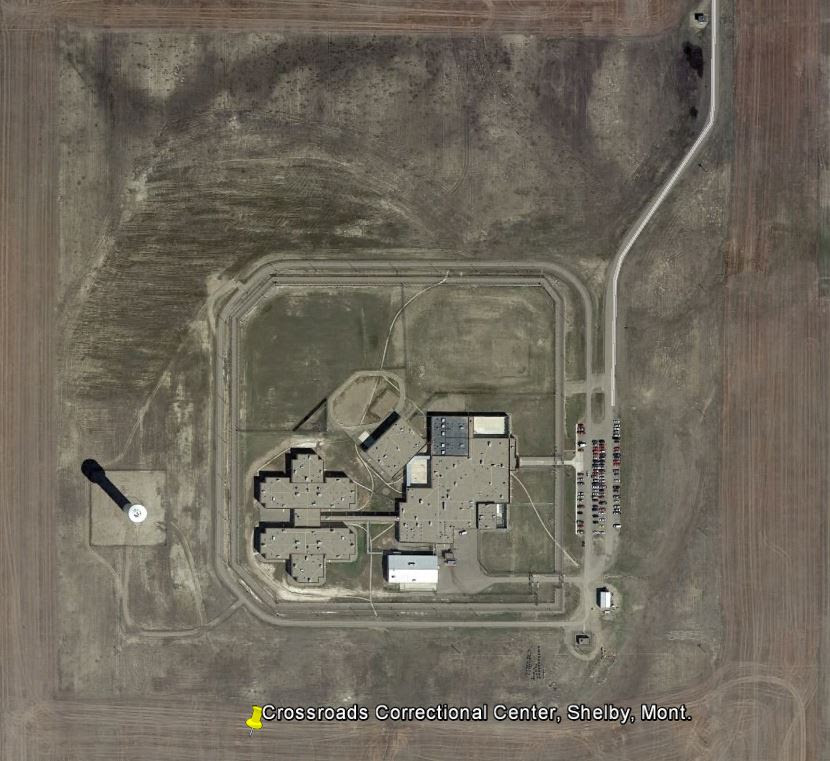 I received the following from William Wolf, through a circuitous route, since the government has decided that he should not be allowed to communicate with me. In fact, his communicating with me has so disturbed them that they will be moving him from the Yellowstone County Detention Facility, in Billings (where the Courthouse is) to the Crossroads Correctional Center (pictured above), in Shelby, Montana, about 300 miles, and a five hour drive to the Courthouse. Also, over 200 miles from his friends in Bozeman. Rather odd, since he will have to make the 600 mile round trip for very court appearance, but, heck, it is not their money, it is ours. It is, however, the first story that I have covered where the driving time to court, at least prior to conviction, has always kept down to very reasonable –which this is not.

We can add another player, Jeff Howard, who may have known that Ed Grey was bad, or was just duped by Grey into an introduction with Wolf.

For whatever reason, wolf has yet to provide a name for the UCE (FBI Undercover Employee), though he has referred to him as “Dirty” in the following presentation of Wolf’s side of the story.

Remember, there are always at least two sides to every story. The government will always get theirs out, first, making it the Prima Facie Story, which results in premature condemnation, as explained in Thought Crimes. So, clear your head, if you have read the Criminal Complaint, and try to be objective in learning the other side of that story.

You will note that this was an FBI operation directed at enforcing firearms violations. Normally, that would be the purview of the BATF, not the FBI. Therefore, there is good reason to believe that this factor is proof of what Wolf is claiming that it was entrapment because of his political views.

More @ Outpost Of Freedom
Posted by Brock Townsend at Thursday, May 14, 2015