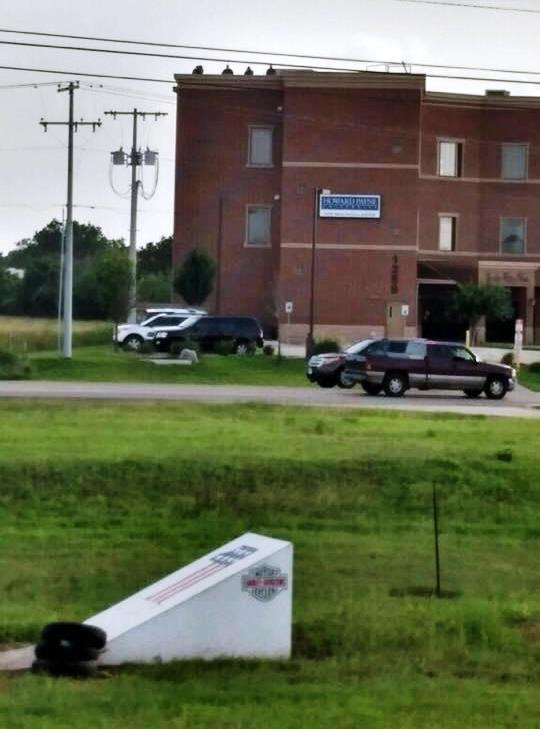 Photos on the Facebook page of a group called Free All The Waco Bikers appears to show police snipers on an apartment building rooftop, across the street from a Harley-Davidson dealership that was a hosting a memorial service for one of the bikers shot and killed outside a Twin Peaks restaurant in Waco on May 17.

This is the second time in less than a week that snipers have been posted outside a Texas Harley Davidson dealership after the Waco incident.

The most recent sniper sighting occurred at the “fundraiser and celebration of life” for Jesse Rodriquez, a decorated Vietnam vet who was known to fellow bikers as “Mohawk,” and frequently did charity rides with his wife. The fundraiser was held at Geuene Harley Davidson in New Braunfels, south of Austin.

It’s unclear why snipers were in place. Many who knew Rodriguez—a father of 7 and grandfather of 19—have disputed that he was a criminal. According to the New Braunfels Heralnd-Zeitung: