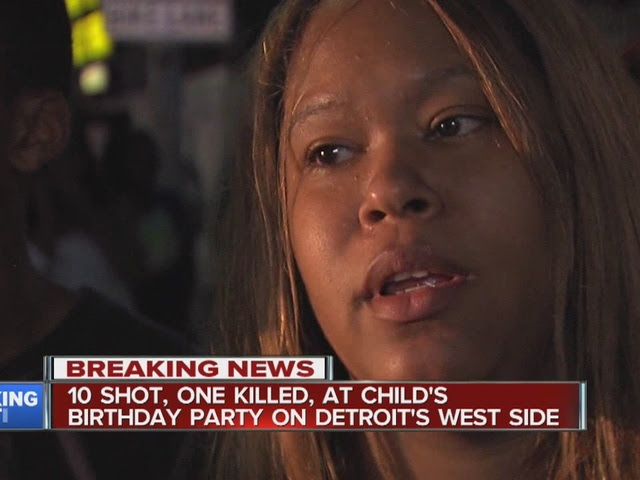 Via comment by Anonymous on SC State Rep. Doug Brannon of Spartanburg will int...
" I hope the MSM works this story to death:" Fat chance :)

In two separate incidents, 11 people were shot in Detroit in a matter of hours Saturday, one fatally.

Ten people were shot at a block party on a basketball court at Webb and Dexter on the city's west side Saturday night. One of those victims died.

Police do not know the reason for the shooting, and are still investigating.

Asst. Chief Steve Dolunt said it's a miracle no children were shot as many were present during the shooting.