Plunging Republican Voter Confidence in GOP Direction: Whom the Gods Would Destroy They First Make Appeasers 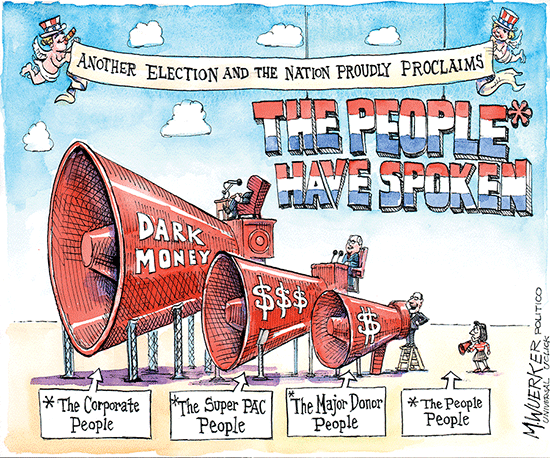 According to the Jones Cafe/C.E. Barnes Country Store Poll of Johnston County, N.C. potential voters, grassroots Republican and unaffiliated conservative voters range from "Very Disappointed" to "Mad as Hell" in their opinion of Washington-based Republican leadership. Last week they were at least happy that Donald Trump had been exposing and humbling the WIMP establishment in Washington as well as several immigration-wimp establishment GOP Presidential candidates. Many voters say they are fed up with appeasement prone WIMP Republican leadership. and will not vote for them even if they win the Republican Primary

This weekend, however, Trump stumbled during a national TV interview, while trying to prove he was not hostile to immigrants, saying he would offer amnesty to those who were “not the bad ones.”  That pretty much flipped his position to one very similar to pro-amnesty Republican candidates Bush and Rubio. He also said he would increase legal immigration, a policy which would be damaging to American workers and job seekers. For these reasons, NumbersUSA changed their rating on Trump to pro-amnesty. The episode was a strong indicator that Trump does not have a thorough understanding of the negative consequences of amnesty or excessive legal immigration on American workers and taxpayers. Unfortunately, it appears that most of the Republican Presidential candidates have not done their homework on immigration issues, which could have grave consequences for the nation.

However, under the same media interview pressures, Walker and Santorum held their ground on amnesty and repeated their positions that too much legal immigration hurts American workers. Republican Ted Cruz has been the most consistently anti-amnesty Republican, but according to NjumbersUSA, he has not yet taken a strong position on protecting American workers from excessive legal immigration.

The Jones Cafe/C.E. Barnes Store Poll is, of course, done by yours truly and is very informal.

However, a national Pew Poll released on July 25, strongly substantiates the informal Johnston County, NC poll. The Pew Poll shows Republican voter approval of GOP performance has dropped 18 percent in the last six months, from 86 percent approval to 68 percent approval. Independent approval dropped from 37 percent to 29 percent.  As the Pew analysts put it, "Republican voters have noticed the GOP's Obama-friendly governance.” The most prominent issues were in the areas of immigration, healthcare, and letting Obama get away with a dangerous nuclear treaty with Iran, but the GOP's overall tendency to reward big donors and ignore Republican voters has itself become a major issue.

The strongest Republican voter anger is against the Congressional leadership of John Boehner in the House, Mitch McConnell in the Senate, and the Republican National Committee, chaired by Reince Priebus.

The South Carolina Legislature, also with a strong Republican majority, voted to remove the Confederate Flag from a memorial honoring Confederate dead. This was requested by Republican Governor Nikki Haley with strong pressure from RNC Chairman Reince Priebus and the South Carolina Chamber of Commerce, a notably large contributor to South Carolina political campaigns. Nikki Haley’s belief that removing the Confederate Flag from its honored place would bring racial healing was based on appalling distortions of history and disregard for substantial numbers of the Republican base who know Southern history and are proud of their ancestors’ resistance to tyranny and invasion.

They regard the ignorant and often mean-spirited assertions of the NAACP and SPLC as slanderous and regard appeasing them as insulting, unwise and unjust. Haley’s belief proved wrong on both sides.  The NAACP and SPLC have now advanced to strident calls for removing any honor to Confederate dead or Confederate heroes, and Republican legislators continue to "catch hell" from their conservative constituents. Add these ingredients to disappointment with Republican appeasements of the Obama Administration in Washington, and you have a high probability of a low Republican turnout in 2016, sweeping many Republican legislators out of office.

The one great advantage for Republicans is that polls show Hillary Clinton is not trusted by substantial numbers of voters. But will the Democrats nominate a candidate with so many character and likability issues? Even more important, it appears to me that Barack Obama is by no means enthusiastic about Clinton. Who will replace her?

Republicans are going to have to clean up their act to recover public confidence even within the GOP. One thing for sure is that neither Republicans nor independents want to put any more immigration WIMPS in the White House, Congress, or state legislatures. Republican and conservative voters are also becoming alarmed at a Republican Party whose primary loyalties are to the U.S. Chamber, State Chambers, State Farm Bureaus, and other huge special interest associations and financial donors rather than conservative Republican principles and the common good of the people.
Posted by Brock Townsend at Monday, July 27, 2015