Via comment by Anonymous on U.S. Pays Black Comedian to Deliver Anti-White Rac... 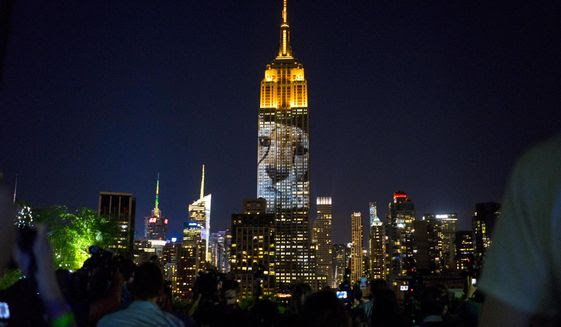 Seems they would have better things to complain about, like intact families.

The Empire State Building’s projection of Cecil the lion and other endangered animals is being criticized for ignoring the “Black Lives Matter” movement.

Along with Cecil, whose illegal killing sparked an international uproar, a snow leopard, tigers, lemurs and various snakes, birds and sea creatures were projected onto the building using 40 projectors, CNN reported.